There are two martial arts which have risen a lot in popularity lately and that’s Kickboxing and Muay Thai. For many people, they seem pretty much the same.

You get very successful Mixed Martial Arts fighters who participate in both of them. Even though they have a lot in common, there are also some dramatic differences between them.

What is Muay Thai? Muay Thai, or Thai kickboxing, is a martial art, a fast, brutal combat sport, steeped in Thai culture. Muay Thai is known as the Art of Eight Limbs because the fighters may use eight contact points – kicks, knees, elbows, and punches.

The best fighters are able to place kicks right to the heads of their opponents with pure accuracy and can leave the opponent pretty bruised, bloodied-up and swollen. Yes, it’s quite aggressive and your leg kicks need to be pretty powerful to get to the muscles of your opponent’s thighs and calves.

This will make it difficult for them to maneuver. Your elbows will even make cuts in your opponent’s face. You will use the clinch to control your fight, limiting the damage that you take. Muay Thai teaches heaps of defensive tactics, but the real deal is the offense. Muay Thai fighters need to set up powerful, fight-finishing blows to quickly ‘get rid of’ an opponent. 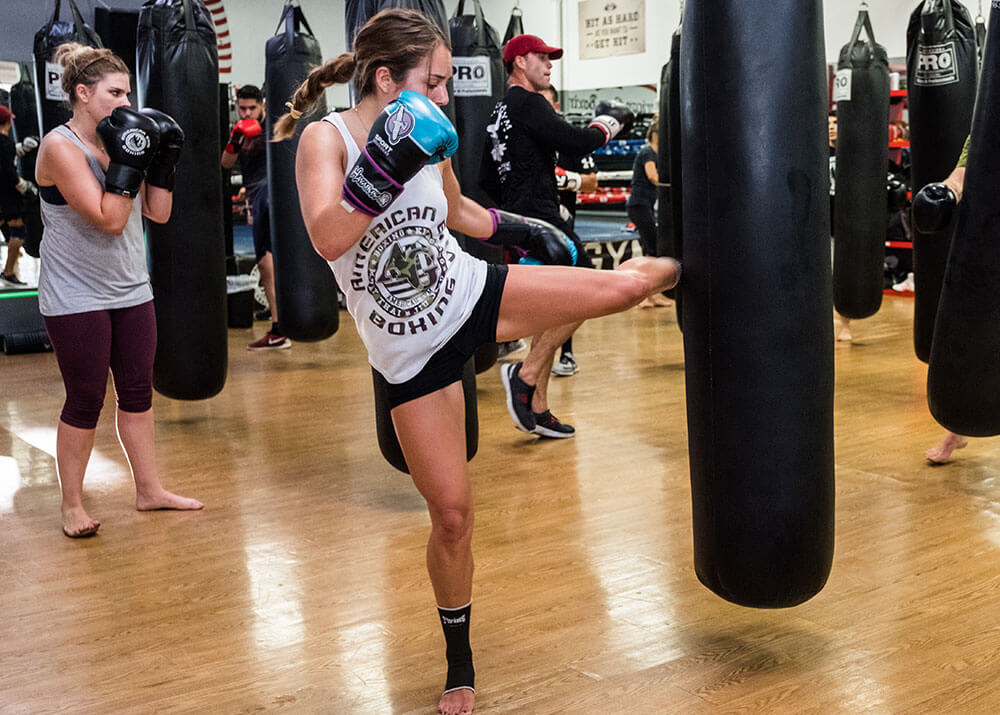 You actually get many styles of kickboxing. Kickboxing offers many of the same techniques and fundamentals as pure boxing does. In fact, a good kickboxer would feel comfortable in the boxing ring fighting under regular boxing rules. You can’t really say that about Muay Thai fighting.

Kickboxing also incorporates punches and kicks and places heavy emphasis on footwork and movement in general. Kickboxers usually circle in, advancing towards their opponent with great ease. The kickboxer will need good head movements to avoid being struck and to avoid the knockout shots.

How is Muay Thai Different From Kickboxing?

Both these arts are very strategic – they both teach setups, footwork, and other techniques so as to avoid powerful blows from the opponent – you definitely want to be the one to land the blows! The most obvious differences between the two are:

Which is More Effective For Self Defense? Muay Thai Vs Kickboxing

Those in the know say; that generally speaking, Muay Thai is better for combat, offering the fighter additional ways to attack which kickboxing doesn’t. Muay Thai also teaches clinch fighting as well as the use of knees, elbows and back fists. Kickboxing might be slightly better when it comes to punching training but Muay Thai makes up for that with their elbows and knees.

The Karate kicks in kickboxing are also thought to be not as effective as the Muay Thai kicks. One must remember, though, that kickboxing has many different styles which all vary and some of these styles are equal in their effectiveness to Muay Thai.

Who would win in a street fight –a Professional Kickboxer or MuayThai artist?

Daan Akerboom, a kickboxer says that the Muay Thai champion would normally win. He or she has more weapons to strike with and would be able to throw their opponent to the ground from a clinch. Generally, a Muay Thai fighter is better-rounded for combat.

Two fantastic arts to help you because when you get knocked down, they will help you get back up again