Which one is better? IF we put two of the most talented fighters of each fighting technique up against each pother.. who would win?

Well this is like putting Connor Mcgregor up against superman…It would literally be funny.

What is Krav Maga? So you might be wondering just what is Krav Maga and what makes it so different than MMA?

Well I will be the first one to tell you, Krav Maga is very different than mixed martial arts.

The only thing that is similar between kraal maga and mixed martial arts is that there are some techniques that were taking from MMA to develop Krav Maga.

And when I say some, I truly mean.. only some.. the rest were taking from other fighting styles like boxing, karate, judo, wrestling, and the best of all… street fighting.

I still do not know exactly what kraal maga is… but Krav maga is a fighting system developed by the military for use among the Israel special defense forces to be applicable to real world situations.

So basically it is a hardcore badass fighting technique that focuses on real world situations.

It focuses on using as much physical aggression and force as quickly as you can to defeat the opponent as fast as you can. This means striking the opponent until they are literally no longer able to move or are dead.

A few principles that Kraal Maga focuses on:

Using as much physical aggression as possible

Use any and all objects around you to strike the opponent.

Target your enemy’s most vulnerable spots

Keep knowledge of your surroundings.

So this technique is essentially the most hardcore and fastest way to defeat your enemy.

A better example for to explain this fighting style is to make you think of a fight scene in an action movie, anything with Jason Statham is a good example. They use everything they possibly can to defeat the opponent.

Krav Maga Vs MMA – Which is Better For Self Defense?

Many people wonder just which form of fighting is best for self defense and which one would win in a street fight.

Is Krav Maga Better than MMA?

The answer to this question all depends on what exactly you define as better?

But we are going to take it as… Is Krav Maga Better than MMA for Self Defense?

The answer to this question is resounding yes!

Yes, Krav Maga is the best technique possible for self defense. But why?

Well this should be obvious.. but we will explain it a bit better.

Krav Maga Is All Out Balls to the Wall Fighting

The thing about Krav Maga is that it is an all out fighting technique that is designed to be used only in fight or flight situations.

You might ask, isn’t MMA designed for the same thing?

No, it is not. Mixed martial arts is designed to defeat the opponent in the ring… This is mainly why people learn and use it today. It can also be used for defending yourself, but it is not designed to try and kill your enemy as hard and as fast as you can with no rules.

Krav maga fighting style is superior to MMA for self defense because it teaches you to use everything at your disposal to win.

B) defeat your enemy.

Krav Maga teaches you that you should only engage in fighting if it is absolutely necessary. Then if necessary us rocks, bricks, chairs, poles, guns, whatever it may be to stay alive and defeat your enemy.

Can you use Krav Maga in MMA? Most of the learned techniques and principles, no you can not use in MMA

But some of the things you learn in Krav Maga, yes you can use in MMA.

You can not try and strike someone in the temple, eyes, balls, or anywhere super vulnerable like that. This is what kraal maga teaches. Do you best to strike there first. If you do this in MMA you will instantly get disqualified from the fight.

MMA teaches you to fight fair.

MMA Vs Krav Maga – Which is More Effective For Fighting? Yes, the way that Krav Maga is designed, it is very effective. This is why it is used by the militry and special forces.

Krav Maga is the most deadly and the most effective combat fighting technique that has ever been developed.

It is most effective in real world street fighting and in combat where you life is at stake and you have no other choice but to extremely hurt or kill your enemy.

Krav Maga has no bounds, no limits, and a professional in Krav Maga can defeat just about anybody.

When pinning krava maga against MMA, krav maga is by far the more deadly choice but for just fighting would not be your best choice becuase it is designed to kill

No, this is a strict no.

The UFC has strict rules just like the mixed martial arts community does. The rules of the UFC do not allow hits to the back of the head, hits the nuts, or anything that is unfair in their eyes.

This is just like MMA.. You are not allowed to use the types of striking or techniques that you learn in Krav Maga in UFC.

Try and you will get banned instantly.

Should You Learn Krav Maga 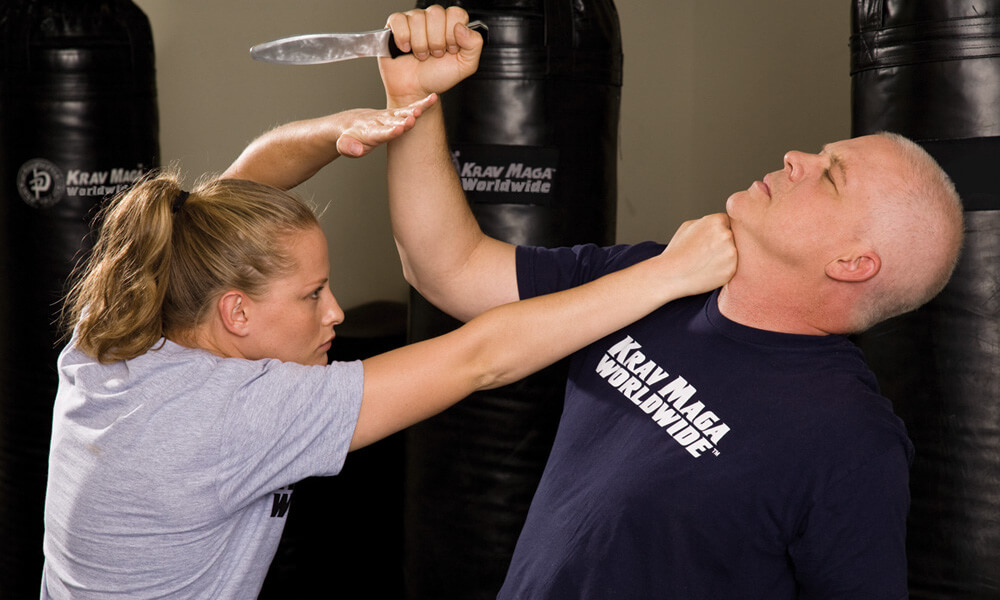 Now you are probably wondering if you should learn this fighting style.. probably because it sounds soo badass.

Yeah no, you most likely do not have a reason to be learning this type of fighting. Krav Maga is designed for someone who is in combat quite often or is subject to risky situations where this fighting style might just save your life.

Verdict: Krav Maga is Better than MMA For Self Defense

Now you might be wondering why you are even learning mixed martial arts. Well martial arts is going to be the most applicable for the normal person. Only for a person that will need to defend for their life will this fighting technique come to be useful.

So will a top level Krav Maga fighter defeat a top level MMA fighter?  You should know the answer to this question now.

Krav maga is most definitely the superior and more deadly fighting style when it comes to fighting for your life.