The world of competitive combat sports has long been dominated by boxing. Top boxers such as Mohammed Ali and Mike Tyson are household names around the globe, but in recent years, another form of unarmed combat has risen in popularity, mixed martial arts or MMA for short. MMA promotions like the UFC and One Championship boast large followings with lucrative fights, but how do boxers feel about the world of MMA?

Some boxers are fans of the MMA, while others don’t believe it to be as competitive as the UFC. For example, boxing legend Mike Tyson, is a fan of MMA. At the same time, former heavyweight world champion Wladimir Klitschko once stated that competing in the UFC is likely more difficult than boxing.

Keep reading to learn more about what boxers think of MMA and who would win in a competition. I will also explore the differences in popularity of each combat sport and which is more dangerous to take part in.

Would a Boxer Beat an MMA Fighter?

In recent years, MMA stars have tried their hand or rather fist at boxing. Superstars from boxing and the UFC like Conor McGregor and Floyd Mayweather have had a high-profile boxing fight in the past. Since this event happened, more and more MMA fighters have chased glory in the square circle, but few have been successful. Similarly, some boxers have attempted to reach glory in MMA but have struggled to compete against the top-quality competition.

A boxer would be the heavy favorite to beat an MMA fighter in boxing. Alternatively, an MMA fighter would have a significant advantage over a boxer in a mixed martial arts competition. It’s likely that neither warrior would be victorious at the other's game, as Wladimir Klitschko previously stated.

The reason that MMA fighters would not be very successful at boxing is down to the differences in skill sets and rules between the two sports.

Boxing allows for strikes to the upper body, and you can only use punches. MMA, on the other hand, are permitted to use knees, kicks, elbows, grappling, and submissions to both the upper and lower body of an opponent. This means that many aspects such as timing and footwork and the fighter's defenses need to be adjusted for each combat sport. Boxing has been the most popular combat sport for a very long time. People still remember the name of boxers who reached the summit of the sport decades later. However, in recent years the UFC, a premium MMA promotion, has grown significantly in popularity.

Many experts predict that MMA will overtake boxing as the most popular combat sport if interest is not rekindled in boxing. However, at the moment, boxing is still on top in terms of popularity.

MMA has only been in existence for a few decades, but modern-day mixed martial arts is a lot more successful and regulated compared to when the sport first started. MMA's growth in popularity and success can be attributed to a number of factors, including: 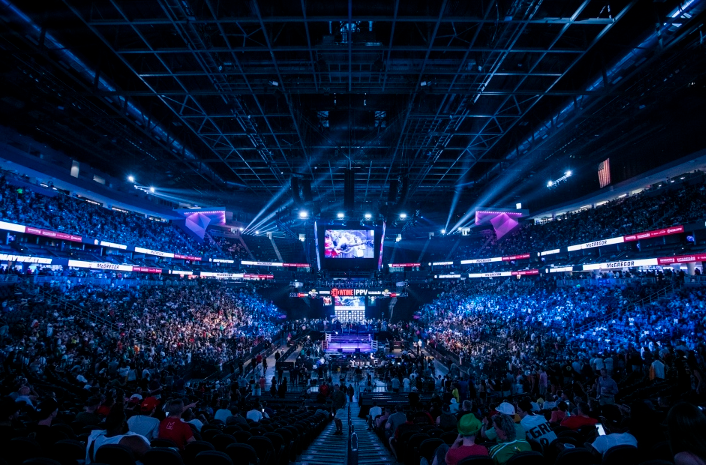 One of the biggest obstacles the MMA faced in the early years was the lack of rules and regulations. However, in recent years, MMA has been given set rules and regulations by governing bodies. As part of these rules, low blows and strikes to the back of the head were banned for safety reasons.

The rules and regulations not only make for more exciting fights but also make the sport more marketable to the general public.

Another critical aspect of the meteoric rise of MMA is the global reach of the sport. There have been world champion fighters from all over the globe. There have been megastars in MMA from Asia, North and South America, Europe, Africa, even Australia. This means that the only continent not to have an MMA world champion is Antarctica.

As a result, the UFC can appeal to people of all races and ethnicities as the sport is famous around the globe. The global popularity of MMA also enhances competition as the more people who compete in a sport, the higher the standards become. Social media is a significant aspect of marketing and advertising. MMA and, in particular, the UFC know this fact. The UFC relies heavily on social media to promote fights and fighters, which has resulted in major success.

Many UFC stars have millions of followers on Twitter and Instagram. Conor MacGregor has the highest social media following in MMA, with over 30 million followers. This means that he can reach an increased number of people to promote his fights and exploits in the sport.

The rise of MMA owes a lot to the UFC. The fight promotion that is run by Dana White is by far the most popular MMA promotion. The UFC contains many of the world's highest-rated fighters as well as the most popular.

This led to the UFC being sold by Zuffa Inc, for a massive 4 billion dollars in 2016, according to ESPN. This shows how valuable the UFC has become.

The UFC boasts the highest PPV buys in MMA history, and the UFC has long been home to the best and brightest that MMA has to offer.

Hollywood movies have played a significant role in MMA's growing popularity. The 2008 movie Never Back Down features MMA heavily, and UFC star Ronda Rousey has acted in major films such as the Fast and Furious franchise.

Hollywood movies have enormous outreach to people who would typically not be interested in MMA. As a result, MMA reached new people through films to boost their popularity.

Key Differences Between MMA and Boxing

Boxing vs. MMA: Which Is More Dangerous?

Any combat sport comes with severe risks of injury, but which sport is more dangerous, boxing or MMA?

According to the University of Alberta Sathar Sports Medicine Clinic, MMA carries a higher risk of injury, with 59.4% of fighters experiencing injuries over 10 years, while the injury rate of boxing is 49.8% in fights. However, the risk of serious injuries is higher in boxing than in MMA.

Neither sport is exceptionally safe, but boxers have a higher risk of developing brain conditions linked with concussion than MMA fighters.

Is Boxing or MMA More Effective for Self-Defense?

Boxing and MMA are both very effective for self-defense. You will be more comfortable and able in a physical altercation if you practice either boxing or MMA. However, if the fight ends up on the floor, boxing will be useless as you will only learn how to strike on your feet with boxing.

Whereas in MMA, you will learn how to strike on your feet, as well as how to grapple and submit an opponent. As a result, MMA will provide you with more well-rounded self-defense abilities as you will have training in fighting in multiple scenarios in different positions.

Boxers have mixed opinions on MMA; however, many top fighters from boxing have acknowledged the legitimacy and difficulty of MMA.

A boxer beats an MMA fighter in a boxing match, while an MMA fighter will beat a boxer in an MMA bout. This is because of the different skill sets and knowledge required for each discipline.

Boxing is still the more popular of the two, but this may change in the coming years as MMA continues on a meteoric rise in popularity. If you’re thinking of picking up one of them for self-defense, MMA makes the most sense overall.